Although apoptosis is commonly involved in viral pathogenesis, some viruses appear to have evolved to exploit this mechanism to promote their survival and replication in different ways [ 12 — 14 ]. Thus, the role of apoptosis in host—virus interactions is diverse among different viruses. Many plant viruses that cause significant agricultural problems are transmitted via insect vectors such as thrips, aphids, leafhoppers and planthoppers in a persistent manner [ 15 ]. Growing evidence has shown that the persistent transmission of viruses causes only a limited adverse effect, rather than pathogenesis in their insect vectors [ 15 — 20 ].

We now know that a conserved small interfering RNA siRNA antiviral response is triggered by the replication of viruses in the insect vectors to modulate a metastable balance between viral accumulation and adverse effects, allowing for viral persistence and highly efficient spread in nature [ 15 , 21 — 24 ]. Generally, persistent infection by arthropod-borne viruses arboviruses can induce apoptosis in mosquito and Drosophila vectors, but it is usually restricted to a low level to avoid serious damage to the insects [ 14 , 25 — 27 ].

The apoptosis induced by arboviruses may serve as an innate antiviral mechanism to protect against or benefit viral transmission by insect vectors [ 12 , 14 ]. The cytopathologic changes caused by virus-induced apoptosis may also damage functionally relevant tissues and organs, decreasing insect fitness. However, the functional roles for apoptosis induced by persistent plant viruses in insect vectors are still poorly understood.

This gap in knowledge is, in part, attributable to the lack of reliable tools such as insect vector cell cultures for real-time analysis of virus-induced apoptosis in insect vector cells. In the present study, we used continuous cell cultures derived from insect vectors to trace the apoptosis process induced by rice gall dwarf virus RGDV , a plant reovirus that was first described in in Thailand and caused a severe disease of rice in southern China and Southeast Asia [ 29 ].

RGDV is mainly transmitted with high efficiency in a persistent-propagative manner by the leafhopper vector Recilia dorsalis Hemiptera: Cicadellidae [ 17 ]. RGDV has icosahedral and double-shelled particles approximately 65 to 70 nm in diameter [ 24 ].

For example, RGDV particles were often observed to associate with the bundles of fibrillar structures to facilitate viral infection [ 30 — 31 ]. Furthermore, RGDV particles are distributed close to the periphery of degenerated mitochondria during viral replication of vector cells, suggesting that mitochondria might support the energy demands of viral propagation [ 33 ]. The degeneration of virus-associated mitochondria surprised us, suggesting that RGDV infection may induce apoptotic response in insect vector cells and adversely affect the insects.

Here, by applying a system that combines insect vector cell cultures, immunofluorescence and electron microscopy, we revealed that the fibrillar structures that are composed of nonstructural protein Pns11 of RGDV, targeted mitochondria and activated typical apoptotic response to promote viral infection and transmission by insect vectors.

RGDV exerts an adverse effect on its vector R. To explore how the virus causes these adverse effects, we first investigated whether RGDV infection caused apoptotic changes in continuous cultured cells of R. At 72 h post-inoculation hpi with RGDV at a multiplicity of infection MOI of 1, bright field microscopy showed that the infected cultured insect cells had slight cytopathological changes, such as cell clumping and loss of confluent monolayers S1 Fig. Electron microscopy showed that RGDV-infected cells had apoptotic characteristics, including crescent-shaped nuclei and condensed and marginalized chromatin, compared with the round nuclei and finely dispersed chromatin in mock-infected cells Fig 1A—1C.

At this time, virus-containing apoptotic bodies, the typical characteristic of the end stage of apoptosis were present Fig 1D. Bundles of fibrillar structures, absent in virus-free cells, were in contact with the periphery of these degenerated mitochondria Fig 1F. Some RGDV particles were closely associated with the free ends of the virus-induced fibrillar structures and along their edges Fig 1F.


Thus, RGDV infection caused cytopathological changes that included the hallmarks of apoptosis. To better understand the prevalence of RGDV-induced apoptotic response in cultured cells, we examined cells in mock- or RGDV-infected treatment to count the number of apoptotic cells using electron microscopy and found that Therefore, RGDV specifically induced specific morphology changes of apoptosis in cultured cells of R. Cell cultures derived from R. A Mock-infected cultured cells of R. B Condensed chromatin in cells infected by RGDV particles red arrows was marginalized along the nuclear inner envelope and appeared as cup-shaped masses yellow arrow.

These results strongly indicated that RGDV infection specifically induced the early and later events of apoptotic response in insect vector cells. A Mitochondrial membrane potential decreased in RGDV-infected cells at 48 hpi as determined by flow cytometric analysis. Loss of mitochondrial membrane potential is displayed as the change in JC-1 fluorescence from red JC-1 aggregates to green JC-1 monomers.

Each panel and blot are representative of three separate experiments. B Chromosomal DNA of cultured cells was fragmented into nucleosomal oligomers as shown by gel electrophoresis. At 72 hpi, R.

Mock-infected cells served as a control. His-Mg buffer-treated cells served as the mock controls. Because RGDV infection of insect vector cells has been shown to induce the formation of various inclusions composed of nonstructural proteins for viral replication or spread [ 29 — 31 , 36 ], we used immunoelectron microscopy to investigate which viral nonstructural proteins Pns4, Pns7, Pns9, Pns10, Pns11 or Pns12 were involved in the formation of virus-associated fibrillar structures along the degenerated mitochondria.

Previously, we showed that expression of RGDV Pns11 alone can induce the formation of fibrillar or tubule-like structures in cells of the nonhost Spodoptera frugiperda Sf9 [ 17 ]. To determine whether Pns11 of RGDV had an inherent ability to target and induce mitochondrial degeneration, Sf9 cells were inoculated with recombinant baculovirus that expressed Pns Confocal microscopy demonstrated that some Pnsspecific fibrillar structures colocalized with the mitochondria stained by MitoTracker Red in the cytoplasm of Sf9 cells at 48 hpi Fig 3C.

Immunoelectron microscopy further showed that the fibrillar structures-associated mitochondria were degenerating, with diffuse and indistinct cristae in the cytoplasm of Sf9 cells at 48 hpi Fig 3D. These results illustrated that RGDV Pns11 had an inherent ability to target and induce mitochondrial degeneration in the absence of viral infection. To characterize the cytopathological effect of Pns11 of RGDV in Sf9 cells, we stained cells with trypan blue to observe the cellular phenotypes and measure cell viability using a cell counter.

Bright field microscopy showed that the viability of Sf9 cells had greatly decreased after Pns11 accumulation at 72 hpi, indicating the relative cytotoxicity of Pns11 S2A and S2B Fig. We then used rhodamine , a specific fluorescent dye used to assess mitochondrial membrane potential [ 37 ], to determine whether Pns11 alone induces the collapse of mitochondrial membrane potential.

From this library screen, colonies of positive ones were randomly sequenced. Among these candidates, an apoptosis-related protein named voltage-dependent anion channel VDAC also called mitochondrial porin captured our attention. The VDAC, a class of porin channel located on the outer mitochondrial membrane, serves as a major diffusion pathway for ions and metabolites [ 38 ].

This protein plays a crucial role in apoptosis [ 39 ]. At the early stage of apoptosis, the VDAC increases the permeability of mitochondrial membrane to allow the release of apoptotic factors, such as cytochrome c and apoptosis-inducing factor, then initiates the apoptotic cascade [ 39 ]. Based on the transcriptome data from R. We then used a glutathione S -transferase GST pull-down assay to confirm such interaction.

Pull-down products were detected using Western blotting. D Immunofluorescence assay showing that knockdown of VDAC expression decreased the number of Pns11 fibrillar structures at 48 hpi. Cultured cells of R. Immunofluorescence and immunoelectron microscopy further demonstrated that at 48 hpi, dsVDAC treatment significantly inhibited the colocalization of Pnsspecific fibrillar structures with the mitochondria in cultured cells of R. Taken together, our results indicated that the target of Pnsspecific fibrillar structures with the mitochondria may depend on the specific interaction of RGDV Pns11 with an apoptosis-related mitochondrial outer membrane protein. 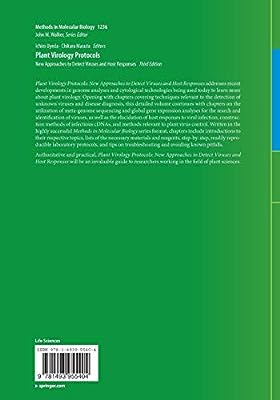 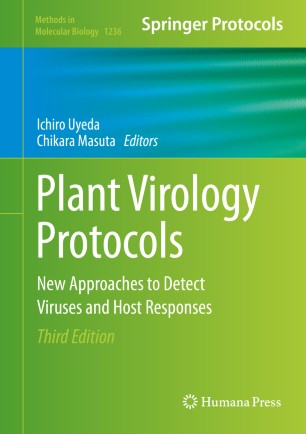